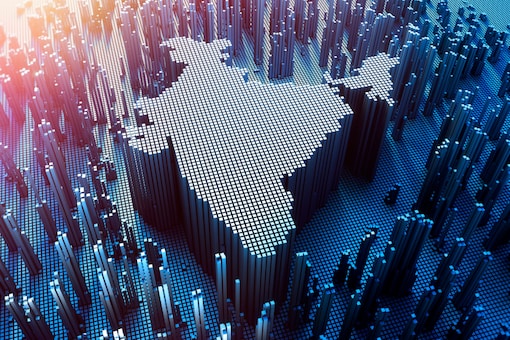 New Delhi : The three main goals of Digital India, the central government’s flagship programme, were to make digital infrastructure a basic service available to all citizens, to provide government and services on demand, and to give citizens more digital power.

The government has identified national activities started under the Digital India programme in an e-book titled “Catalyzing New India’s Techade,” demonstrating how the nation has changed.

The book quotes Prime Minister Narendra Modi as saying, “I regard technology as a method of empowerment and as an instrument that connects between hope and opportunity in this digital age.

The following is a list of the ten most significant citizen-centric initiatives introduced in recent years:

Aadhaar is the largest digital identifying programme in the world and has given India a reliable identification perspective. It provides people with biometric and demographically based digital identities that can be verified at any time, from any location. False and duplicate identities are eliminated. Aadhaar has grown into a significant digital document that is used to access government apps like BHIM and may be used as identification when applying for other essential government documents like passports and bank accounts. It is now more than just a means of proving a person’s identity.

India’s payment system has transformed as a result of UPI, a technology that allowed millions of Indians to send money instantly via mobile devices. The UPI framework in India has developed tremendously since its inception in 2016, making it simpler than ever for companies and customers to complete transactions from the convenience of their mobile devices.

Government statistics show a 19-fold increase in digital transactions in India over the previous seven years. On the UPI system, there are 304 banks, and there are 4.52 billion transactions per month.

This website enables users to digitalize and retain a copy of more than 560 different documents, including ID cards issued by the government. Recently, the app’s user base topped 100 million.

The Digital India program’s core innovation, DigiLocker, has been a successful platform for the digital issuing and verification of papers and certificates, doing away with the need for paper copies. According to government figures, there were 112.19 million people registered as of June of this year, and 5.10 billion documents had been issued.

Unified Mobile Application for New-age Governance, often known as UMANG, is a platform that brings together vital utility services and major government services (from the federal, state, and municipal governments) to give single-point access through a mobile app whenever and wherever needed. It was established to promote mobile governance in India by the National e-Governance Division and the Ministry of Electronics and Information Technology. People simply need to download one app as opposed to numerous apps in order to access key government services.

It serves significant societal groups like farmers, students, workers, retirees, women, patients, young people, and others. 22 Indian languages are supported by UMANG in addition to English. 291 departments and 22,098 services are part of UMANG, and as of June, more than 448 lakh registrations had been completed.

As a part of India’s immunisation campaign, which just passed the 200 crore mark, Covid Vaccine Intelligent Work, or Co-WIN, was introduced in January 2021.

The website was created to give users the ability to schedule vaccine appointments, monitor the nation’s general immunisation programme, and obtain the Covid-19 vaccine certificate. More specifically, this effort made it possible for people to schedule appointments for vaccination doses from the comfort of their homes using their phones.
Government statistics show that as of June, there were 84,27,66,423 people registered on Co-WIN overall.

On April 2, 2020, during the first wave of the Covid-19 epidemic in India, this app was released as part of the Digital India mission for the nation’s health and wellbeing. It was created through a public-private collaboration to aid the nation in its fight against the deadly virus.

The risk of contracting a novel coronavirus can be calculated by this app based on a user’s interactions with others using Bluetooth technology, algorithms, and artificial intelligence. Modern technology is used to encrypt the personal information that the app collects, and it is kept secure on the phone until it is required to facilitate medical intervention.

The GEM Government e-marketplace, also known as GeM, was created to make it easier for different government departments and organisations to purchase goods and services online.

The speed, effectiveness, and transparency of government procurement have all increased. Without middlemen, firms in the most isolated regions of the nation can sell their products to the government, which has fostered entrepreneurship there.

For the purpose of enabling return filling and payment processing for all states, the GSTN (Goods and Services Tax Network) was created.

The GSTN has merged the taxes levied by the federal and state governments. This has reduced the burden on both the buyer and seller by removing the cascading effect of taxes.

The automated industry will be pushed to cut the price of its commodities as a result of the reduction in taxes that consumer goods companies like FMGC are have to pay. This enables the customer to pay less while attempting to use these services.

ONE RATION CARD, ONE NATION

Using their current ration cards and biometric/Aadhaar authentication, all NFSA users, particularly migratory beneficiaries, can claim their full or partial food grains from any Fair Price Stop in the nation.

Additionally, in order to receive benefits, a ration card or Aadhaar are not need to be shared with the ration dealer. Beneficiaries can use their iris or fingerprint scans to confirm their Aadhaar cards.

With 80 crore beneficiaries as of June, the scheme has been implemented in 35 states and UTs.

LMC is a software programme that was introduced in March 2017 and controls, documents, tracks, and reports on training events, online programmes, e-learning courses, and training content.

It makes it possible to effectively manage e-learning and training for different government employees at the federal, state, and local levels. Its objective is to help users gain the knowledge and abilities necessary for the jobs that are outlined in the e-governance competency framework.Additionally, LMC offers flexible learning, improved learning, seamless training, business information, and updated content. More than 5,530,000 people have benefited thus far, and as of June this year, there were more than 9,700 e-classes.