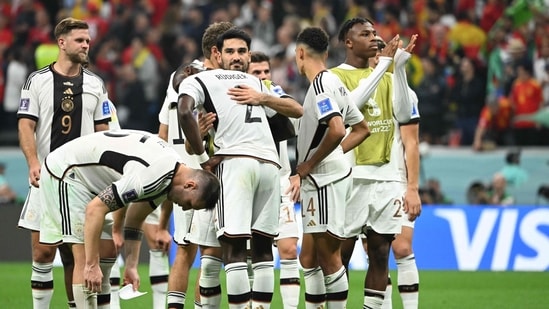 Germany are still in danger of consecutive World Cup exits in the group stage after failing to win either of their opening two games for the first time since 1938.

Germany are bottom of Group E, Spain lead with four points and Costa Rica and Japan are sandwiched between them with three points each.

A possible exit has been described as a “10-fold disaster” and would leave the future of Boss Flick and the direction of the domestic game uncertain.

German fans probably thought they had already hit rock bottom when they were knocked out of Russia 2018 at the first hurdle, finishing last in their group behind South Korea, Mexico and Sweden.

Patriots Must Quickly Rebound From…

They reached the knockout stage of Euro 2020 but lost 2–0 to England, ending Joachim Loew’s 15-year reign as manager.
Former Germany striker and manager Jürgen Klinsmann told the World Football in Qatar podcast: “We made a huge, huge mistake in the first game. Nobody expected us to lose against a very strong Japanese team.

“We allowed ourselves to come back from Russia with a disastrous performance, so the expectations were clear for the German fans, they would at least pass.

“We always said we wanted to win the World Cup, but this time a semi-final would be a big achievement.

“We can talk about going out after the group stage, so you can call it a 10x disaster instead of just a disaster.”