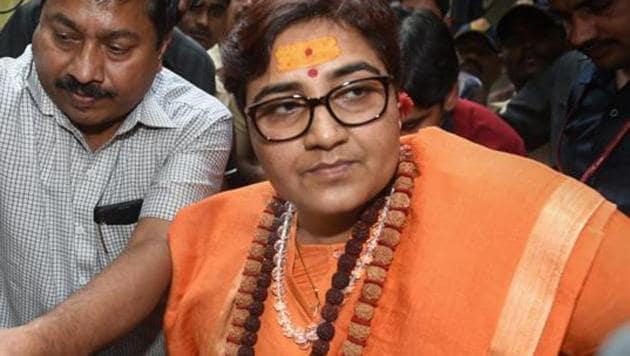 Hindus in India should maintain “guns” and “knives” at home to protect themselves, according to a parliamentarian from the Bharatiya Janata Party (BJP), which is now in power and led by prime minister Narendra Modi.

The remarks were made by Pragya Thakur, a lawmaker from the Bhopal area of central Madhya Pradesh state, on Sunday at the Hindu Jagarana Vedike’s South Region annual convention in Shivamogga, Karnataka.

She was quoted by the news agency Press Trust of India as stating, “Hermit says in this world made by god, end all the oppressors and wicked, if not the true definition of love will not survive here.

Respond accordingly to Love Jihad participants. Protect your girls and instil good morals in them.

The illogical anti-Muslim conspiracy theory known as “Love Jihad”(Muslim marrying a Hindu girl) is spreading like wildfire in India, with various right-wing politicians, including BJP members, using it as a rallying cry to oppose Hindu women marrying Muslims.

The word “love jihad” (Muslim marrying a Hindu girl) is not defined by current regulations, according to the federal home ministry, which told the nation’s parliament in February 2020. Additionally, no cases have been reported by any federal government agencies.

At the very least, keep sharp knives used for chopping vegetables in your homes. Nobody has the right not to self-protect; you never know when a circumstance would develop, Thakur stated in her speech.

“We have the right to defend ourselves if someone breaks into our home and assaults us. It will chop mouths and skulls in the same way as knives chop vegetables, she warned.

The MP is a significant defendant in a 2008 bomb blast case and is out on bail due to health reasons.
Although the opposition and commentators have criticised her remarks, the BJP has not yet released a statement.

Thakur has already been charged with making offensive remarks with a communal undertone.
A court in Madhya Pradesh dismissed a complaint against the MP last week that claimed she had violated Section 123 of the Representation of the People’s Act by making anti-religious and anti-communal remarks in order to win the national election in 2019.